The Village of Elwood presented NorthPoint Development as a warehousing/distribution center.  The truth has now come out as to what their plan has been all along. A new discovery sheds light on how NorthPoint Development will be able to claim designation as an intermodal terminal (as included in the annexation agreement).

According to Illinois state statute (65 ILCS 5/11-74.4-3.1) , intermodal terminal designation requires a development to be within one quarter mile of rail service. The footprint of NorthPoint’s master plan did not include rail, and it was too far from the rail within Centerpoint, which made this section of the annexation agreement perplexing. There is currently no service within one quarter mile of what they were asking.

But we’ve found the rail. (Keep reading – more information after the images.) 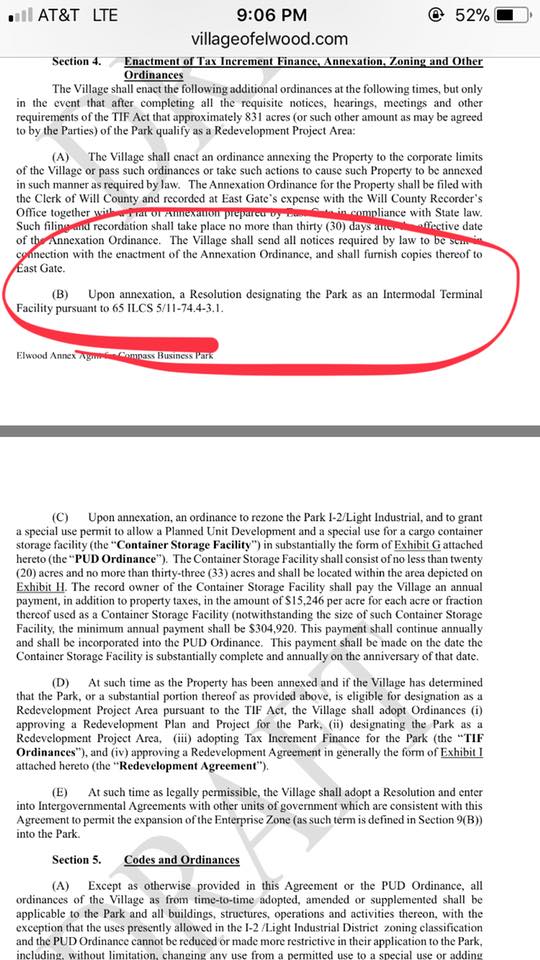 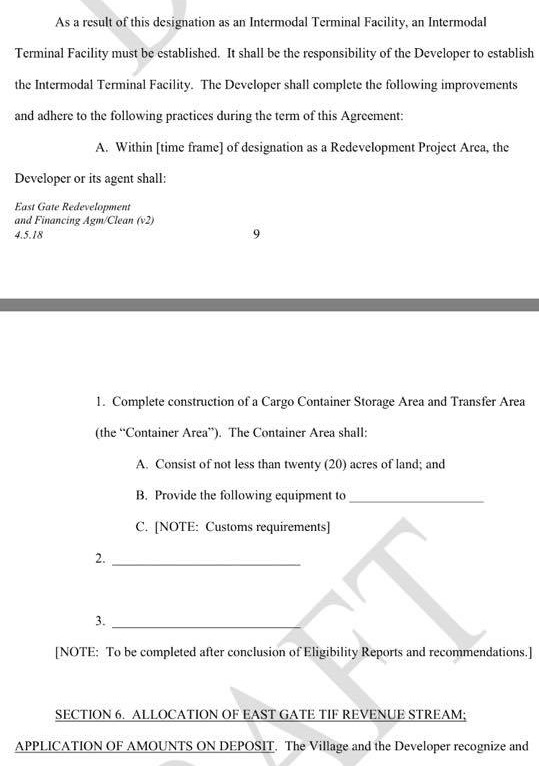 WHERE IS THE RAIL?

Back in November 2017, Centerpoint approached the Village of Elwood with a request to subdivide a parcel of land into three parcels, with plans for warehouses on two of the parcels and a rail spur on the third. This was quietly approved by the board without much discussion.

This discovery is not necessarily evidence of a Centerpoint-NorthPoint partnership. The extent of their relationship with regard to the rail access at this time remains unclear. However, what is clear is that when the Centerpoint settlement was being reached, Marian Gibson was working as active village administrator for Elwood. Additionally, Gibson and Friebele were working out prelminary plans with NorthPoint (Gibson had flown to Kansas to meet NorthPoint in August of 2016). Certainly, the timeline shows that they would have been privy to both the Centerpoint settlement as well as the NorthPoint plans. The board signed off on the subdivision of the Centerpoint parcel. And all of it was kept quiet, leaving the public completely in the dark. 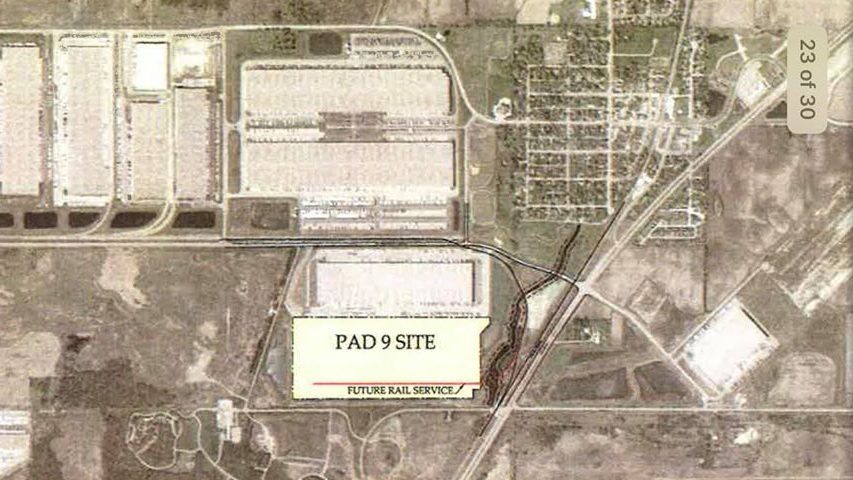 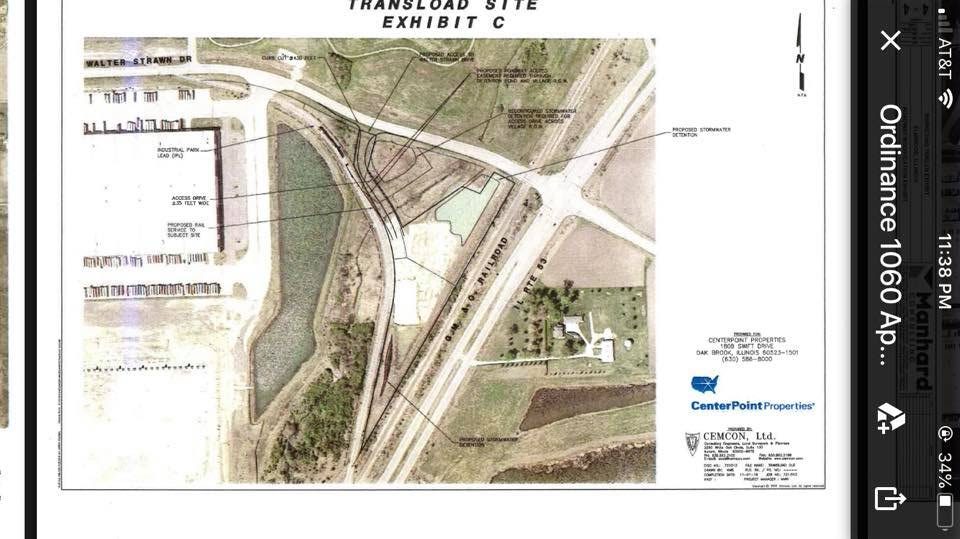 If NorthPoint gets intermodal terminal status, it will automatically blight the footprint. It opens up possibilities for all kinds of tax abatements, a TIF, and even possible eminent domain.

Why has this been kept quiet all this time? Was the intent from the moment it was written into the Centerpoint agreement to help NorthPoint piggy back off of it? Who all is aware of this plan? Why hasn’t the public been informed?

There are a lot of details yet to be learned, but know that you’ve been kept in the dark by the Village of Elwood. The deception continues — when is ENOUGH, ENOUGH? Show up April 23rd at the Public Hearing at the Elwood School and tell the board how you feel about being kept out of the plans.