Village of Elwood: When The Truth Doesn’t Suit You, Make It Up

Elwood residents, the Village Board thinks you’re too stupid to figure out the truth. You should be insulted.

After receiving the newsletter/propaganda piece in the mail, Delilah LeGrett sent a FOIA asking for evidence of the claim that another municipality will take the NorthPoint Development project. This is the section she referenced: 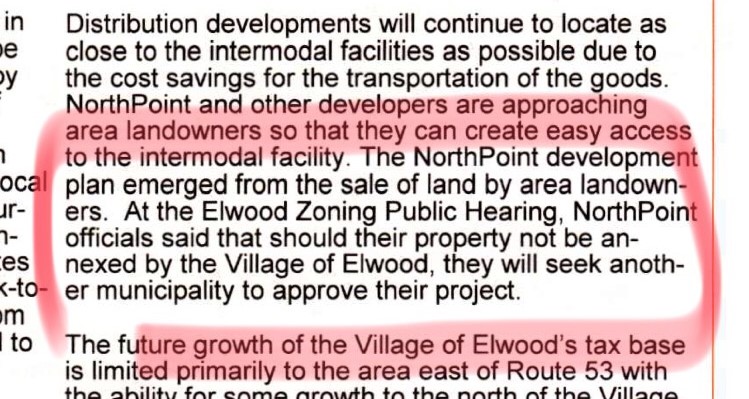 She specifically requested: “the portion of planning and zoning testimony you are referencing in the article attached. I will accept all forms of media pertaining to this testimony.”

The Village of Elwood responded with the following transcript: 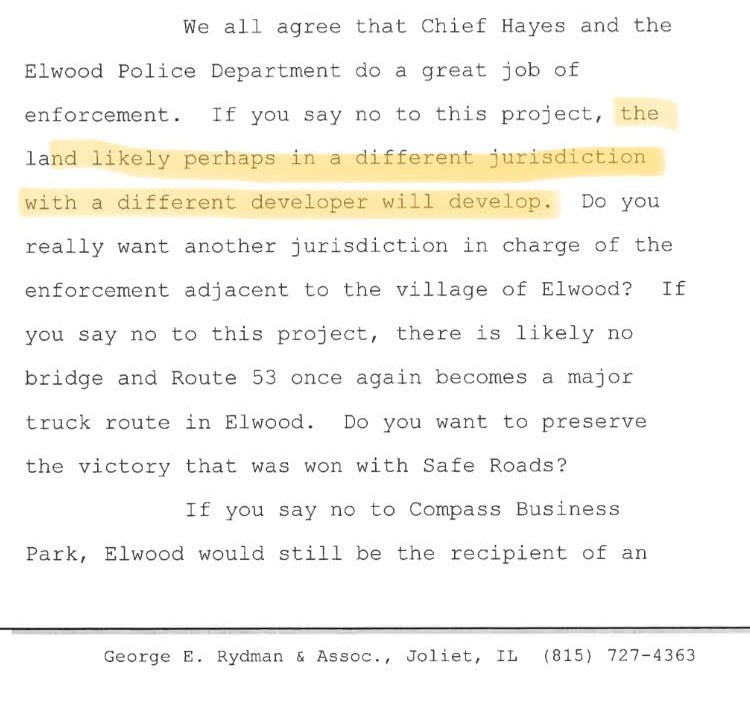 What is key to note in this testimony is that NorthPoint’s testimony very clearly states that it would be a DIFFERENT DEVELOPER who could potentially develop the land – meaning that NorthPoint Development NEVER stated that THEY would go to a municipality. They used scare tactics that a different developer might come some day, but that is speculation.

The village was then asked: “This states another developer will build, not NorthPoint. Is the village newsletter a misprint, or is there testimony that actually states NorthPoint will build with a different jurisdiction?” 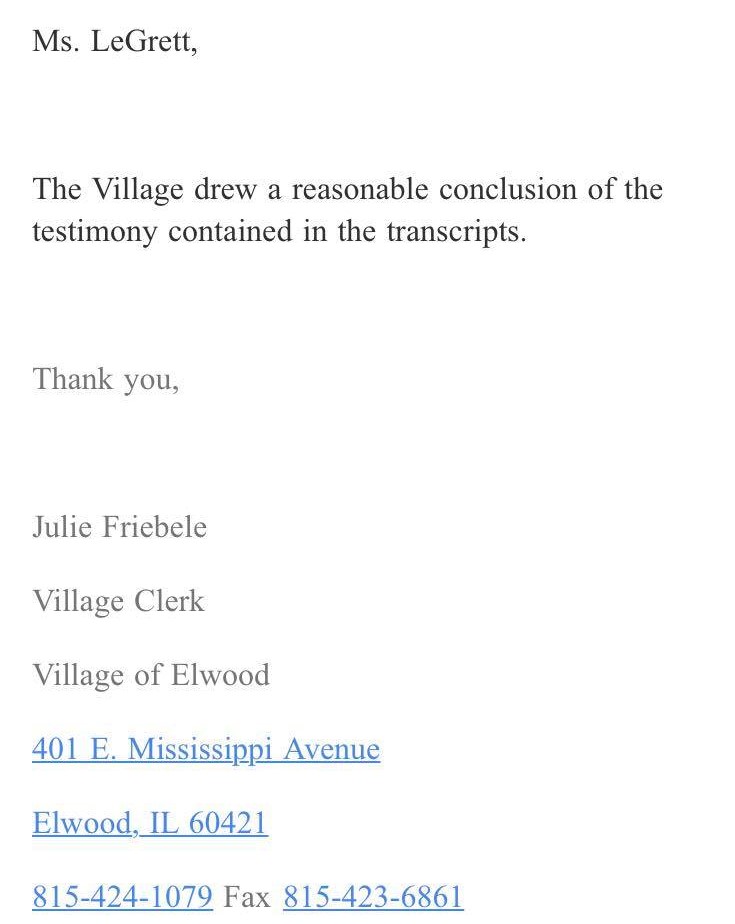 The Village intentionally manipulated the testimony to suit their needs. This threat was not explicitly made at the hearing. Because it’s not true. NorthPoint cannot and will not build without Elwood.

Want more proof? See Katie Hunt’s testimony from the planning and zoning commission hearing, where she questions Patrick Robinson about the bridge and whether or not NorthPoint would still come without it.

Katie: Is the bridge a vital component of this project?
NorthPoint: Yes, our application indicates that we would not occupy a building until the bridge is complete.
Katie: It’s safe to say if there’s no bridge, there would be no Compass Business Park?
NorthPoint: This application would cease at that point in time. That’s correct.

The Village of Elwood INTENTIONALLY AND DELIBERATELY produced a document to mislead you. They LIED to you.

The real question now is what ELSE have they LIED about?

Are you angry enough to take action? It’s time to take back Elwood. Be there and speak at the public hearing April 23rd at the Elwood School.