After nearly three hours, the Joliet Plan Commission voted unanimously to recommend NorthPoint Development’s Compass Business Park — but not before John Dillon took a moment to ask the City Attorney if the illegal annexation concerns that were brought up were true. City Attorney Regis confirmed that yes, they would be problematic. Then they all cast their ayes, as we knew they would. 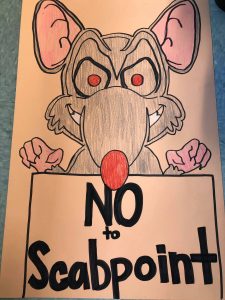 We are undeterred by the fully-anticipated unanimous plan commission decision to recommend Compass Business Park to city council.

Tonight, we saw the plan commission recommend illegal annexation, an incomplete, undetailed application, and an agreement that tries to dictate what should happen with property already in the Village of Elwood’s jurisdiction. These are all things that should not only be an embarrassment to the city of Joliet, and they are things that can easily be challenged both legally and otherwise.

As you will recall, Elwood’s plan commission passed the proposal a couple years ago, only for it to be defeated. We are confident that we will prevail at Joliet City Council March 17th just as we did in Elwood as our movement continues to grow. Thank you to everyone who stands with us in opposition to NorthPoint’s Compass Business Park.

Did you miss the meeting? You can watch it on Joliet TV’s YouTube channel below:

Recent Press on the vote can be found here: