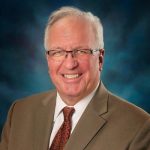 SYNOPSIS AS INTRODUCED:
65 ILCS 5/11-74.4-3.5
Amends the Tax Increment Allocation Redevelopment Act of the Illinois Municipal Code. Extends the estimated dates of completion of a redevelopment project and the retirement of obligations issued to finance redevelopment project costs for an ordinance adopted on April 4, 2000 by the City of Joliet to create the Joliet City Center TIF District, but only if the City of Joliet and the Village of Elwood first reach a boundary agreement. Effective immediately.

So this begs the question- what is so lucrative about Compass Business Park that the City of Joliet would essentially work against businesses wanting to invest in downtown Joliet?