Mayor Bob O’Dekirk is ramrodding NorthPoint down Joliet’s throats and up its neighbor’s bum.

Joliet residents are finally getting a solid, first-hand look at how skillfully Mayor Bob O’Dekirk plays Three Card Monte with the truth.

Like a shuffle of the cards, O’Dekirk told the world he had no contact with NorthPoint while simultaneously he was already dealing. While Elwood’s boundary agreement was still intact, O’Dekirk wrote a full-throated letter of support last June. Link here to see the letter.

What O’Dekirk failed to say is that the planned commercial travel plaza is no more. The developer, D&J Land Development, moved their entire $78 million project’s hotels, restaurants and medical center out of town.

In fact, D&J sued Edgerton and won for open records act (Johnson County Civil Court Case 20CV00520), and gave notice of an $18 million tortuous interference suit against the city, according to the developer. They’ve already sold 17 of the 37 acres, and put a big “For Sale” sign on the remaining 20.

NorthPoint’s tour was led by Edgerton Mayor Don Roberts, whose salary conveniently bumped from $1,000 to $90,000 after NorthPoint came in.

When Roberts told WJOL’s Kevin Kollins that Edgerton had “no debt,” he must have forgotten about the $1 Billion in industrial revenue bonds he authorized on behalf of his 1700 residents last year. Here are links to that ordinance 04-25-19A, the city council April 25, 2019 meeting minutes and the local newspaper report. Some played it off as state grants that didn’t come through. However, if any state money were involved, there would have been a mention somewhere.

In fact, anyone can pluck around the ordinances to see all the dozens and dozens of creative funding Edgerton has penned on behalf of NorthPoint projects. There are industrial revenue bonds, general obligation bonds (ordinances 1019, 1029, 1033), loans (ordinance 1030), grants from the city (ordinance 1054) that would make even financial experts scratch their heads.

I stopped counting somewhere around $800 million– filling a 2-inch binder with documents.

Yet, O’Dekirk boasts Edgerton has new homes going up across from NorthPoint’s warehouses. Throw some more dollars down on the table, Joliet friends, because there are zero new homes in Edgerton.

The Johnson County Appraiser’s Office in Kansas provided Edgerton building permit data that shows only three new residential homes building permits were issued since 2015. They were on Aug. 1, 2016; Oct. 7, 2017; and Oct. 12, 2017.

Here is the photo used in the Patch story. And here is the link to the county’s website proving it was built in 2006. 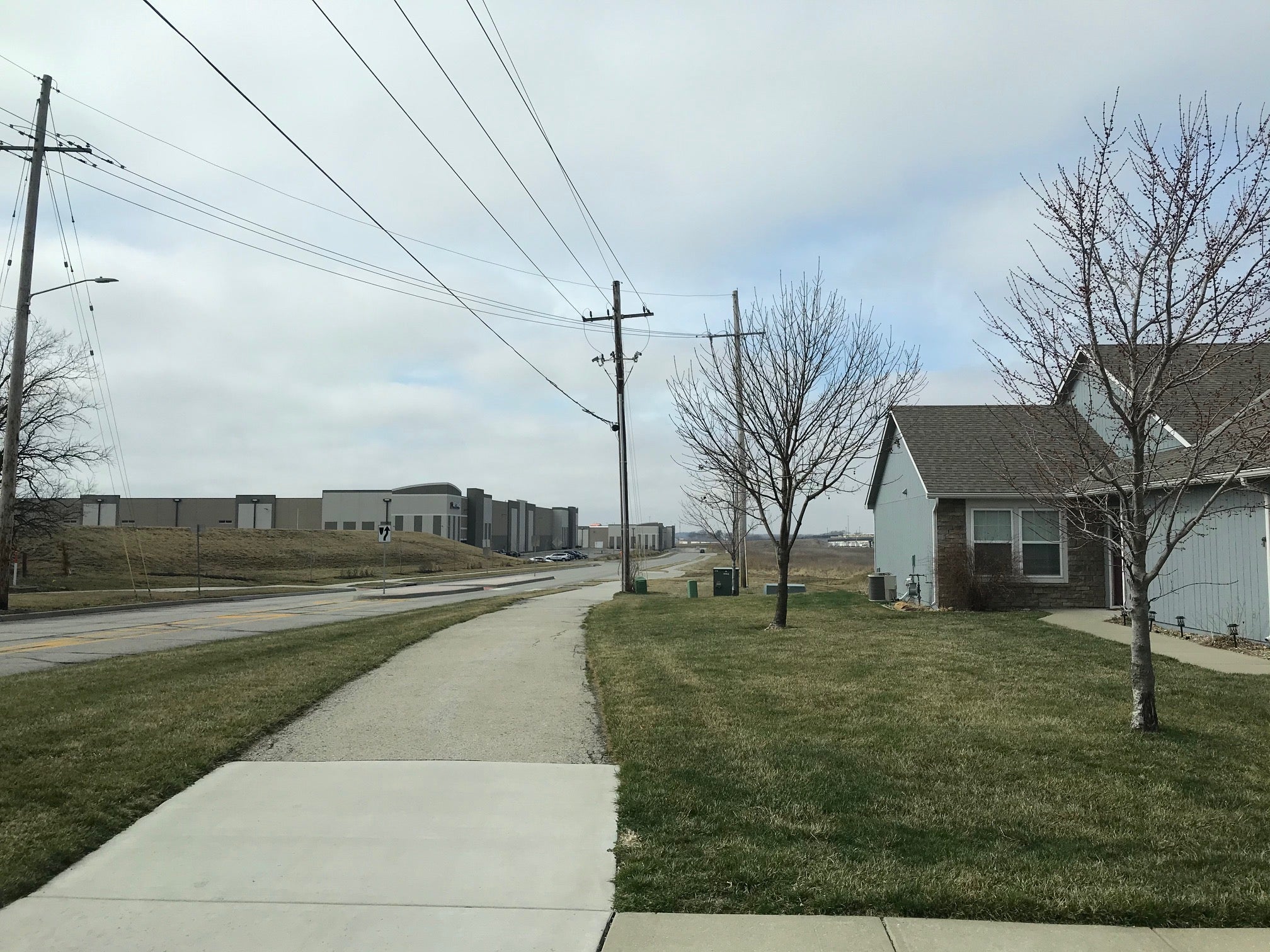 Also, here is a link to the video I shot of that exact address two years ago. Shuffle away, O’Dekirk. The duplexes were there first, and NorthPoint built the warehouses up their bums afterwards — not the other way around.

And here is a link to a video I took last January of a neighbor who lives a couple doors down. Again, more evidence that Edgerton and NorthPoint are not the good neighbors they claim to be.

Here is another photo of new construction built across the street in Edgerton. Here is the link to the county website that proves those are actually in Gardner. 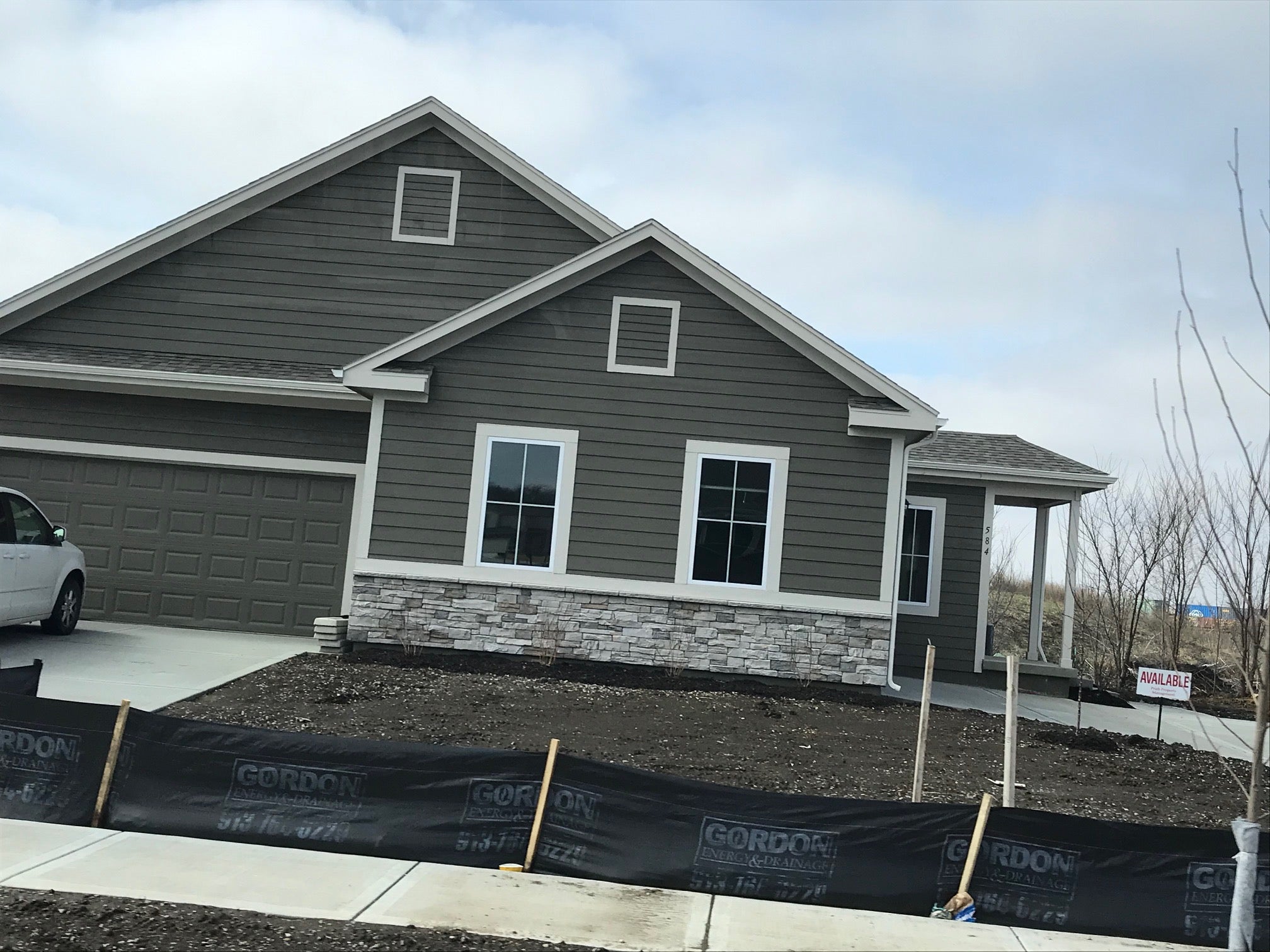 The mayor’s hyperbole is intended to discredit actual fact while claiming to “set the record straight.” See what I mean? Three Card Monte.

Edgerton is not thriving. NorthPoint’s intermodal is. Edgerton has a liquor store, a gas station and a Dollar General. No grocery stores, restaurants or hotels.

O’Dekirk spouts that NorthPoint does not want any tax abatements. Shuffle, shuffle.

I was unable to find any documents that showed they got abatements up front in Kansas, either. Yet, here is a letter from the Gardner Edgerton USD 231 school district from 2017 opposing Edgerton’s bonds for NorthPoint, which screwed the school district out of $27 million – all after the initial annexation agreement.

Here is a link to Kansas State Rep. Bill Sutton two years ago talking about this very thing when it was before Elwood.

In Edgerton, the planning commission and zoning board of appeals can make decisions with a 3-person quorum, and only one has to live within the city limits. Check out the ordinance 1074 for that here.

With O’Dekirk as the dealer, NorthPoint’s cunning antics are almost believable. Joliet residents, ask your city council how many closed loop barrier archways they saw in Kansas like the drawings they are showing us. There were none.

Doubt anyone believes the ads that say 30 million more square feet of warehousing nine miles from the highway will actually result in “less trucks.” NorthPoint also said there were 59 intersections that would be impacted by its trucking warehouses.

Closed loop? Some Gardner communities hear beeping sound of semi trucks reversing during all hours of the day and night because they got stuck taking GPS short cuts.

Same thing happens at Abe Lincoln National Cemetery, to the tune of about 40 trucks a month. already — and that’s with CenterPoint nine miles away. Imaging putting NorthPoint a quarter mile from cemetery entrance.

This project is getting ramrodded, no question. Never in recent history of Joliet has the council allowed a public hearing to go all day long, for several days in a row like this. Joliet residents deserve to know why.

Keep your eye on the lady, folks, because somebody is getting rich. Sooner or later, I’m betting we’re going to realize we’re being conned.

Erin Gallagher is a public relations consultant who serves her clients as community liaison. Unlike other gun-for-hire PR pros, Erin’s community-liaison approach ensures clients maintain credibility and lasting relationships within their communities. Erin Gallagher is no ordinary spin doctor. Her clients are confident in putting forth a message that is genuine. With a reputation for integrity, transparency and fairness, “Erin Gallagher drives it straight up the fairway!”
Erin@ErinGallagher.net