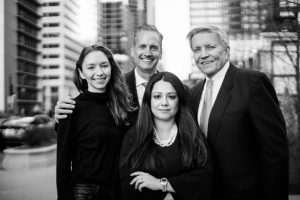 Chicago Civil Rights Attorneys Bob Fioretti and Mark Roth join forces with Will County residents in a newly-organized group called “Stop NorthPoint LLC,” with the sole purpose of taking legal action against the City of Joliet to prevent the certain widespread devastation that NorthPoint Development’s trucking warehouses would rage.

“The City of Joliet needs to be held accountable for this warehousing project that negatively impacts the future of not only Joliet but communities throughout Will County,” Fioretti said.

“Mr. Fioretti and his team have been generously working with us pro-bono since before Easter to help ascertain and assist with legal council,” Adamski said. “It is now time for us, residents who oppose NorthPoint, to put our money where our mouth is and start raising funds for a proper legal attack.”

In April, the Joliet City Council and Mayor Bob O’Dekirk forced a public hearing despite the quarantine followed by a vote to approve a deliberately vague and highly unusual pre-annexation agreement. The project, which will span nearly five times the size of Midway Airport in its first phase, has been opposed by numerous Joliet neighborhood associations, faith leaders, area school districts, and neighboring municipalities. Strong opposition has come from the Will County Sheriff’s Department Fraternal Order of Police Union, Will County Executive Larry Walsh, and several state legislators and Will County Board members.

Due to the trucking warehouses’ proximity ¼-mile to the entrance of Abraham Lincoln National Cemetery, countless veterans and veteran groups have joined the Joliet Stone City VFW Post in full-throated opposition against NorthPoint’s trucking warehouses.

Stop NorthPoint is not affiliated with any organization, group or political party. It has evolved out of the powerful No to NorthPoint movement exclusively to take the fight to the next level, which requires fundraising for proper legal fund. None of Stop NorthPoint’s co-founders, members, managers or spokespersons will receive any compensation whatsoever for their participation. All funds raised are earmarked for legal services.

“Many of us have been offering our professional services pro-bono over the past three years in an effort to stop NorthPoint,” said Kieken, owner and engineer of Website Setup Dot Net. “Formulating this non-profit legal fund made sense because the rest of us have been putting in our own time and money already.”

Under the direction of Fioretti, Stop NorthPoint intends to take legal action against the City of Joliet.

“We have every intention and belief that we can stop this project in a court of law,” Roth said. “What Joliet is allowing is egregious, and amounts to nothing better than scorched earth for Joliet and everyone around Joliet.”

Fioretti and Stop NorthPoint intend to work in collaboration with other attorneys and their clients who have already taken legal steps against Joliet and NorthPoint, not only to strengthen overall opposition but also to avoid unnecessarily redundant efforts.

As a practicing attorney, Bob has been involved in more than 500 civil rights cases, and his personal trial experiences have led to over 100 state and federal verdicts and appellate court decisions. Bob represented the family of Baby Tamia in the high-profile adoption case that led to changes in Illinois adoption law. He has been appointed in numerous cases as a Special Assistant Attorney General of Illinois and a Special Assistant State’s Attorney. Bob has served as president of the Historic Pullman Foundation, the Character and Fitness Committee of the Illinois Supreme Court and the Judicial Evaluation Committee of the Chicago Bar Association Executive Committee.

Bob is widely recognized for his public service and leadership. For his efforts to improve and expand public parks in the Chicago area, Bob received the 2009 “Legislator of the Year” award from Friends of the Parks, a non-profit, Chicago-based park advocacy group. In 2010 and 2012 he received a Best Aldermanic Voting Record Award from the IVI-IPO. For his work supporting public education, he received the 2011 “Defender of Public Schools” award from the Chicago Teachers Union. 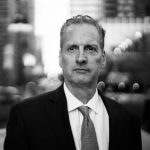 Mark Roth has been litigating, and taking cases to trial for over 28 years. He is rated AV Preeminent by Martindale-Hubbell, demonstrating the highest degree of legal ability and ethical standards. Mark Roth was named as one of Chicago’s outstanding lawyers. He was also named as one of the top intellectual property litigators in the nation by American Lawyer Magazine.

Mark has represented foreign and domestic clients in courts throughout the country. Mark has won millions of dollars for his clients, at trials and in settlements. Mark recently won back-to-back, multi-million dollar jury trials. The first was a $5 million jury verdict for the firm’s client in Federal Court. Mark then won a State Court jury verdict for approximately $13 million.

A Joliet native, Erin has been a force in the NorthPoint opposition movement, first as a freelance reporter, then as a100% volunteer after she hung out a shingle as a public relations consultant with Erin Gallagher & Associates, LLC. Erin’s two self-funded trips to Edgerton, Kansas, have revealed NorthPoint’s unquenchable thirst for land as well as a history of bending government to suit their whims — disturbing patterns that are evident in Joliet. Erin is a proud Joliet Central Steelman, and her dedication to this community is deep and unyielding. Most recently, she founded the group “Manhattan Strong Illinois,” and has been on the forefront of Covid-19 relief efforts throughout the region. Whether professionally or through her charitable works, Erin serves as community liaison. Unlike other gun-for-hire PR pros, Erin’s community-liaison approach ensures clients maintain credibility and lasting relationships within their communities. Erin Gallagher is no ordinary spin doctor. She endeavors to put forth a message that is genuine. With a reputation for integrity, transparency and fairness, “Erin Gallagher drives it straight up the fairway!”

Ron is U.S. Navy veteran, having served five years on the aircraft carrier the USS America CV66. After the Navy, he was a conductor on the Chicago Northwest Railroad. He went on to become an air traffic controller with the Federal Aviation Administration. He served as his local union president of the National Air Traffic Controllers Association (NATCA) at Chicago Midway before he retired as a supervisor at Chicago O’Hare Airport. He is a member of the Manhattan American Legion, and a volunteer at Hands, Hooves & Hope Ranch. He lives in Manhattan with his wife, Laura, who is a dedicated educator paraprofessional with special needs elementary school children. He currently serves on the board of the Prairie Western Trails Home Owners Association in Manhattan.

John Kieken has been an integral part of getting the message out for the NorthPoint opposition movement through websites and social media. He is the principal at Website Setup Dot Net, a full-service website engineering firm. Though much of his work has been behind the scenes, it has been John’s strict code of principled accuracy that produced reliable maps that effectively tell the story of how massive the NorthPoint project is. John earned an electrical engineering degree from the University of Illinois, which he uses as a trained programmer. Since 2018, he serves on the Manhattan Township Planning Commission.