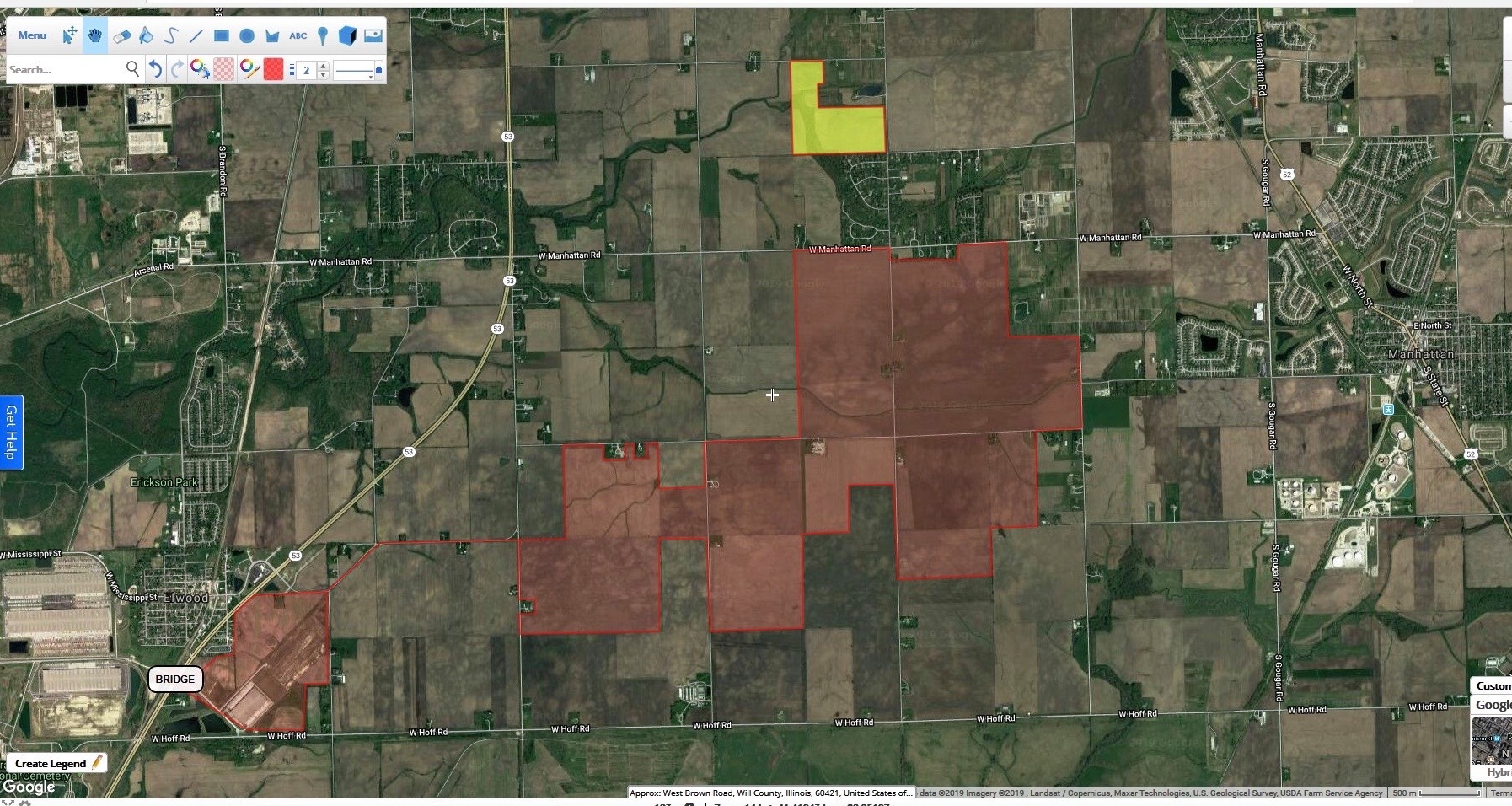 News broke late Friday, January 17, 2020 that NorthPoint Development intends to annex 1,300 acres into the City of Joliet with the intention of building the full project that was originally laid out in June 2017 (2,200+ acres). For the remaining acreage, NorthPoint reportedly intends to work with the Village of Manhattan, making it a joint effort between Manhattan and Joliet to build the entirety of the Compass Business Park footprint.

The Village of Manhattan issued a press release on both their Facebook page and website detailing the current situation. We spoke with Village Administrator Kevin Sing who advised that he had first heard of NorthPoint’s intentions late Thursday. At the time that we spoke, he did not have a map of the property NorthPoint intended to annex, nor did he have any other supporting documents. He advised that village officials and board members did not want NorthPoint, but the feeling was that the board did not want to gamble on Joliet taking the entire project. They intend to work with NorthPoint, facilitating feasibility studies, etc. to move forward with the project. However, the board has not made an official decision. The next Village of Manhattan board meeting is Tuesday, January 21, 2020 at 6:30pm. Reports online of a February Public Hearing are unrelated to the NorthPoint project; that public hearing is for a boundary agreement extension between the Village of Peotone and the Village of Manhattan.

An official decision on the project would require a public hearing for annexation and rezoning of property on the Manhattan side of the boundary, as well as the 1,300 acres that NorthPoint intends to pursue with the city of Joliet. The bridge lawsuit is still in litigation; NorthPoint and the Village of Elwood are due in court later this month.

Just Say No to NorthPoint intends to continue fighting this development as the same concerns that existed when the project was put forth in Elwood are still relevant today. Please visit our Facebook page for the most current information on our fight (We try to update the website as soon as we can, but Facebook is easier to access and as a result has quicker updates. We apologize for any inconvenience.)

“Stephanie Irvine, a leader in the “Say No to NorthPoint” movement that was able to block the project in Elwood and tried to stop the annexation in Joliet, said opponents will look at details of the NorthPoint proposal. “It’s not as simple as they would like to make it out to be,” Irvine said. Irvine, who like most opponents to the NorthPoint plans, predicted the company would use the smaller Joliet annexation to open the door for the Compass Business Park, said the Friday announcement was no surprise. “I think it speaks volumes of the ethics of everyone involved,” Irvine said. “It’s clear that it was always for the bigger project. We knew it, and they knew it. But Joliet officials refused to acknowledge it, which is pretty repugnant.”

On Friday, members of the Say No To NorthPoint group, which was started in response to the Elwood proposal, said they plan to continue to oppose the project. Jackson Township resident Stephanie Irvine, who is one of the founding members, said that while NorthPoint may make it seem simple to get a stamp of approval, there are still other roadblocks and approvals besides the city of Joliet’s that are needed. She said that many of the same concerns, including traffic and impact on the environment, remain. “It’s not over by any means for those of us who are fighting it,” Irvine said.