Winning Battles, But War Rages On

Waiting until the last possible minute, NorthPoint Development withdrew its zoning and annexation application filed with the Village of Elwood. This is a win for local Jackson Township residents (including unincorporated and Village of Elwood and Manhattan residents) who fought for the last year and a half to stop the developer. Despite this win, there is still more work to do.

NorthPoint Development still has an active application with Will County. The application is still incomplete. On August, 8th, Will County sent a letter to Richard Kavanagh of Kavanagh, Grumley & Gorbold, attorneys and representatives for NorthPoint Development, stating that they had 60 days to complete their application. They have yet to complete their application. As we reported last week, the Village of Elwood formally objected to the project with the county. That forces a supermajority at the county level.

COUNTY BOARD MEMBERS SPEAK OUT; Some offer silence

It’s also noteworthy that Kavanagh, Grumley & Gorbold (attorney for NorthPoint Development) sponsored a fundraiser for Deb Militello, candidate for Will County board. She has refused to provide a statement on NorthPoint Development, despite opponents openly voicing their position on the project.

OTHER NEWS: WILL COUNTY HAS AN INDUSTRIAL ADDICTION

While the fight against NorthPoint continues, projects all over Will County  Joliet continue to spring up. Currently, a proposal for a Love’s truck stop at Briggs Street/I80 in Joliet is proposed. Members of the community bonded together to oppose the project. After talking with local residents and the East Side Fire Chief, we agree that the proposed project would not be a positive development for the area. It would bring additional traffic to an area that is not capable of handling more traffic.

The bridge over Briggs Street, like many in the state, is in an advanced state of deterioration and is rated at a 19 out 100. That rating was given in 2017 — It simply cannot sustain the load of additional truck traffic. No amount of bandaids are going to fix the problem. Yet the City of Joliet continues to entertain proposals that would further compromise the structures we use on a daily basis. The East Side will inevitably see further delays in response time. Revenue at the cost of how many lives? 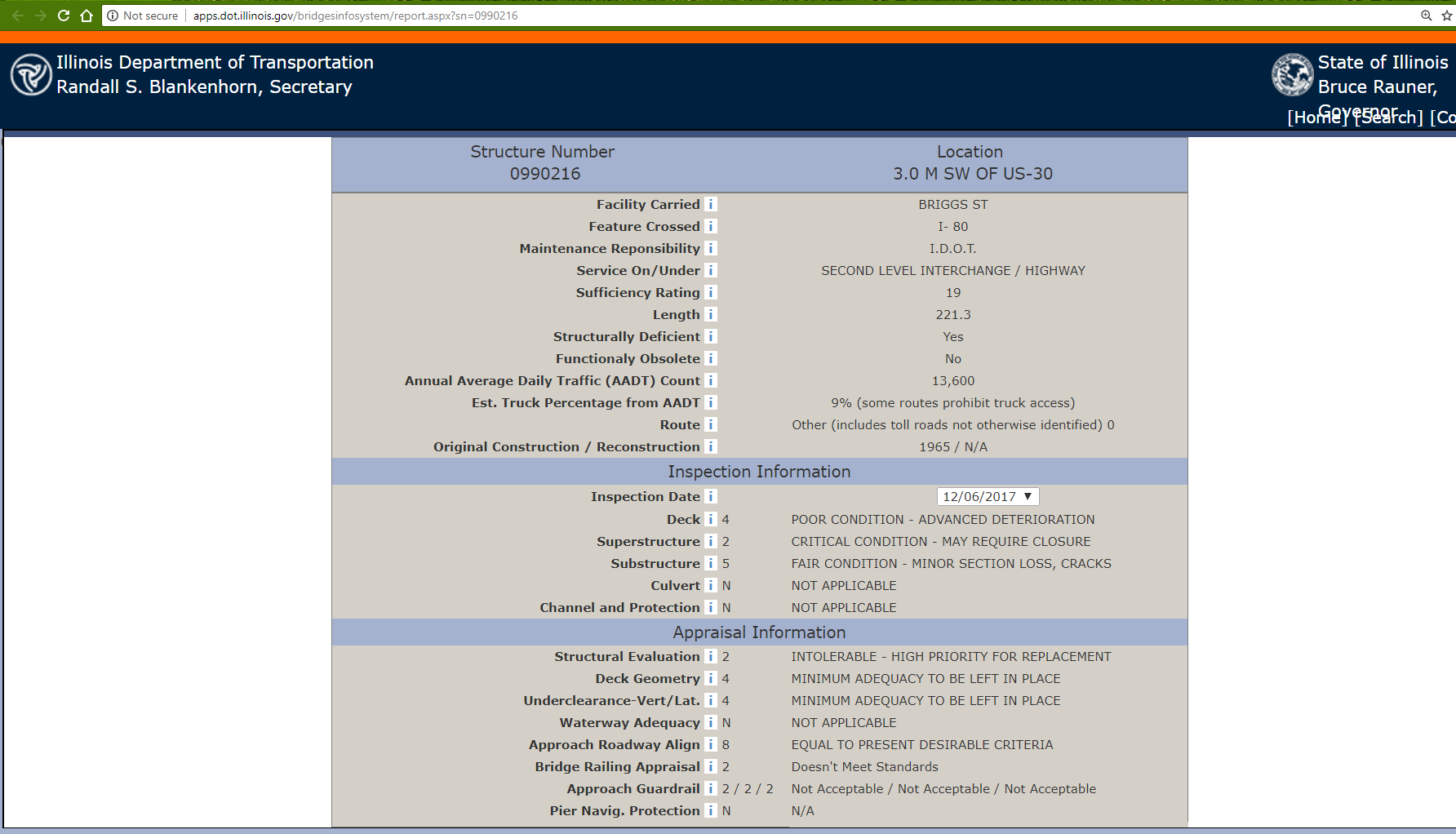 A petition has begun circulating for residents in Joliet to let their council members know that they don’t want more industrial. It also lets the council know that it’s not just people in unincorporated no-man’s land who don’t want the Love’s project or others like it.

Please sign and share with your friends who live in Joliet. Folks are going door to door with paper versions, but you can access the same petition online. Here’s the link to access it: https://goo.gl/forms/hmMVJMH2LHeOSV2p1